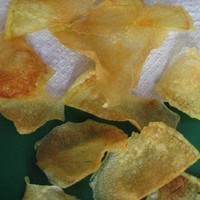 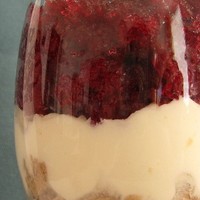 I want it all

Maci [pron. MAH-TSEE], a.k.a. Ms. Teddy Bear :), the host of this month's Ready, steady, cook!, the one and only Hungarian thematic food blog event, thought it would be nice if Hungarian food blogging went international (aim for fame, she says ;), and asked the participants to try and also post their entries in languages other than Hungarian in order to spam the world with prominent and less prominent, authentic and less authentic, but nevertheless truly Hungarian recipes.

Well, here it is. But, hark! Alas, I seem to sense a tiny little problem. As you will see, this heavenly dessert is based on ingredients not quite readily available in the shops near you - unless you live in Central or Eastern Europe. Not to worry, though, as there is a way adventorous and/or more advanced-level cooks might actually be able to enjoy this yummy, quasi-traditionally Hungarian stuff. I do not think I would be exaggerating by saying that sweetened chestnut purée flavoured with abundant rum is a staple food in Hungary - alongside sour cherries, whether raw, cooked or frozen, whether in or out of season. With a little help from Google, you should be able to get hold of some purée de marron (here are a few tips from Delia Smith fans, too). With no luck, it will be up to you to make it from scratch using fresh or frozen chestnuts.

I am sure Maci, queen of the kitchen :), or the great Chili&Vanilla :) would be more than willing to translate their own recipe for you. But if you are daring enough to trust your expertise and tastebuds, try mixing the following ingredients in a blender until you get a paste with a creamy, but relatively thick consistency and a taste to your liking:

For the dessert in the photo, carefully fold in 200 ml whipped cream for every 250 grams of sweet chestnut purée when finished mixing. If using store-bought chestnut purée, add a few tablespoons of rum to loosen it up a bit before introducing the whipped cream.

You will also need a bunch of fresh, frozen or canned sour cherries, preferably pitted. You will very probably find the Morello type, which is just fine. (A word of caution: This recipe does not work with sweet cherries; the tart, acidic tinge of sour cherries nicely complements the sweetness of the chestnut purée, while with regular cherries it will simply get too sweet.) If you have raw sour cherries, cook them for a few minutes in their own juice with sugar, cinnamon and cloves to taste. Now, at this point, your can either use some starch to create something similar to the red layer of the famous rote Grütze (less than 40 grams of starch is recommended per 500 ml liquid, otherwise it will become solid), or gelatin according to the instructions on the package to reach the desired thickness.

To serve, lay a few tablespoons of the chestnut puree in a nice glass, spoon over some vanilla-flavoured whipped cream and top with the cold sour cherry jelly. It is equally delicious if filled in a sponge cake.